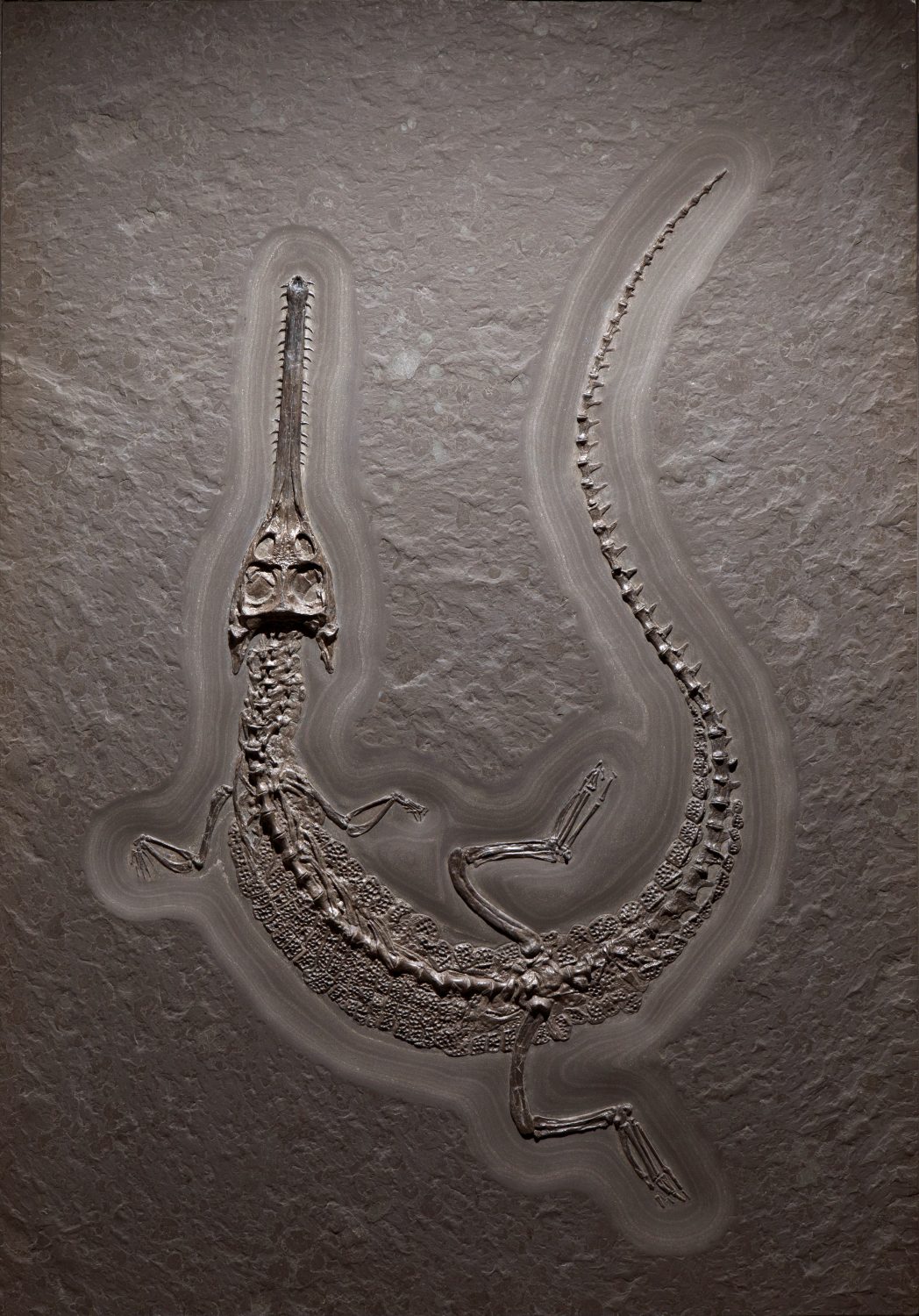 This outstanding fossilised skeleton is that of the ancestral crocodile species Stegosaurus bollensis that lived during the early Jurassic period. The skeleton, complete with armoured plates, has been exquisitely preserved and recovered from the Holzmaden Oil Shale of south Germany.

And so, to exploit this food-rich environment, crocodiles moved into the water. We can tell that the Stegosaurus bollensus species was in the process of adapting to an aquatic environment: it could propel itself through the water with its tail, webbed back limbs and front paddles. Its fingers were becoming redundant (as a paddle is more effective in water), which explains why the finger bones in the front limbs are particularly short. We can even examine the nostrils on the end of this crocodile’s snout, showing that it still used its lungs and returned to land (or the water surface) to breathe. 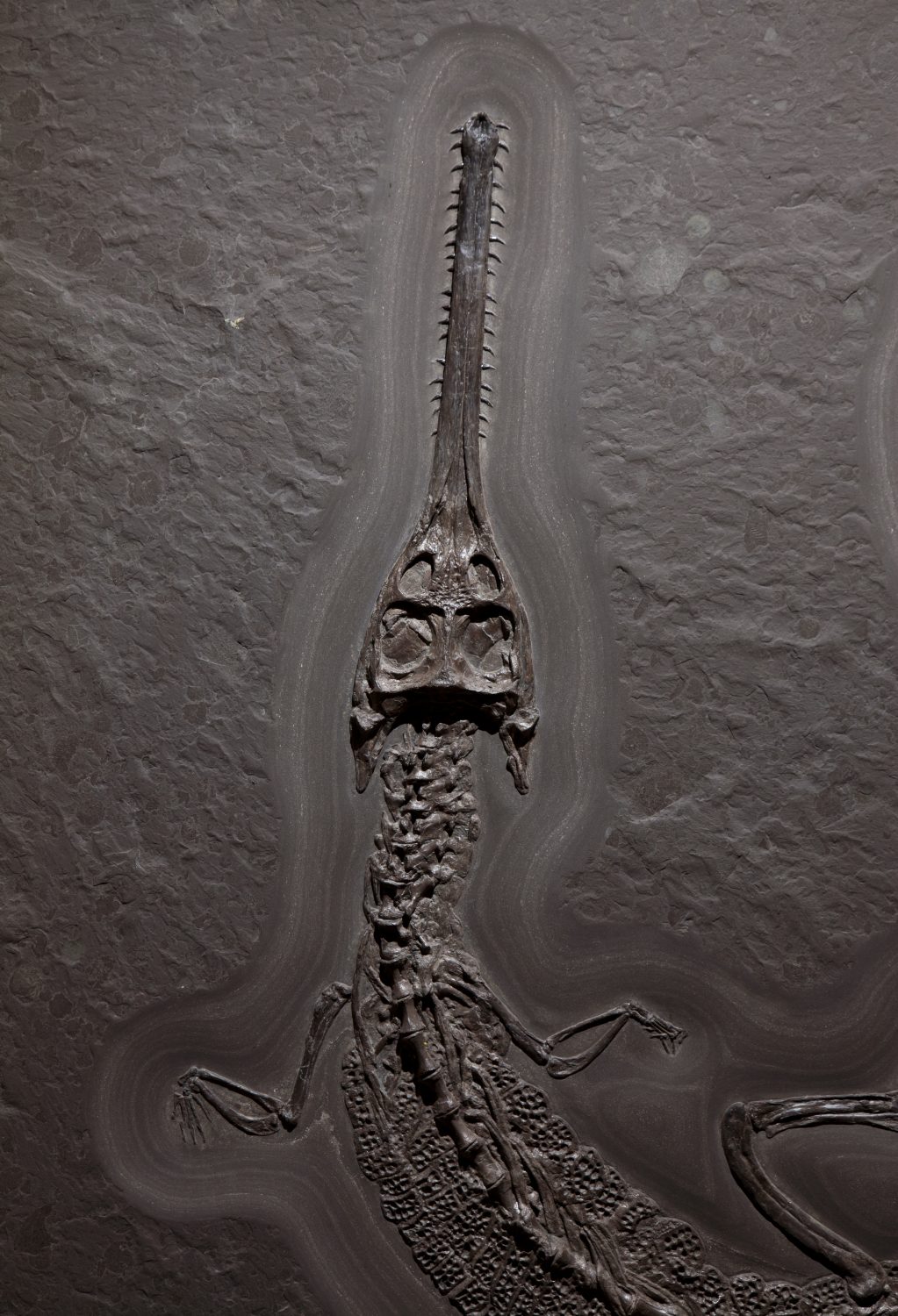 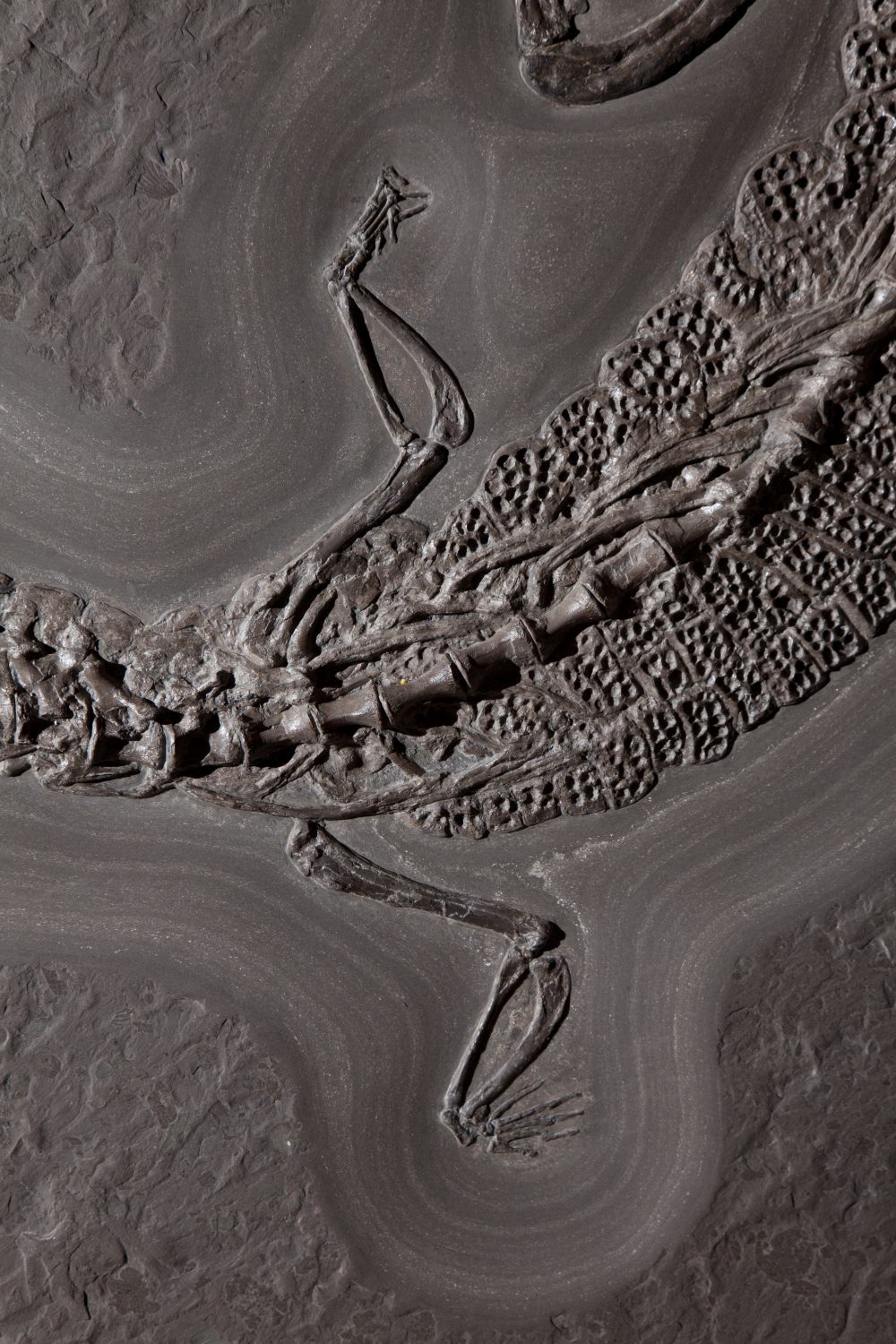