This tree would have lived in current Indonesia, around ten million years ago. The beautiful zebra pattern caused this species of tree to be somewhat camouflaged, so that predators (such as gazelle-like herbivores) would not eat saplings before they reached a sustainable height.

The preservation of this trunk is exceptional. Wood is made of organic matter, cellulose and lignin, which naturally would decay soon after death (by soon, this is geologically speaking, where 100 years is very fast indeed!). However, 10 million years later, this trunk still stands tall. This is because the tree lived and was buried on the volcanic island of Java, south western Indonesia. Java was formed by many volcanoes lifting up the surrounding land, 45 of which are still active today. These volcanoes are formed as the Australian plate sinks underneath the Eurasian plate (on which Asia and Europe rest). As the plate sinks it melts, and globules of this melt rise through the Eurasian plate, and form volcanos as they reach the surface. The lava from these volcanoes is very sticky (or viscous), so will not travel far, but will produce vast volumes of ash, burying everything on the island and in the surrounding area. Thus, this trunk has been preserved and its beautiful pattern remains intact 10 million years after its death!

After carefully polishing the trunk, many details have been revealed, such as the delicate tree-rings. From these, we can predict that the tree would have been around 50-60 years old before its death and burial. 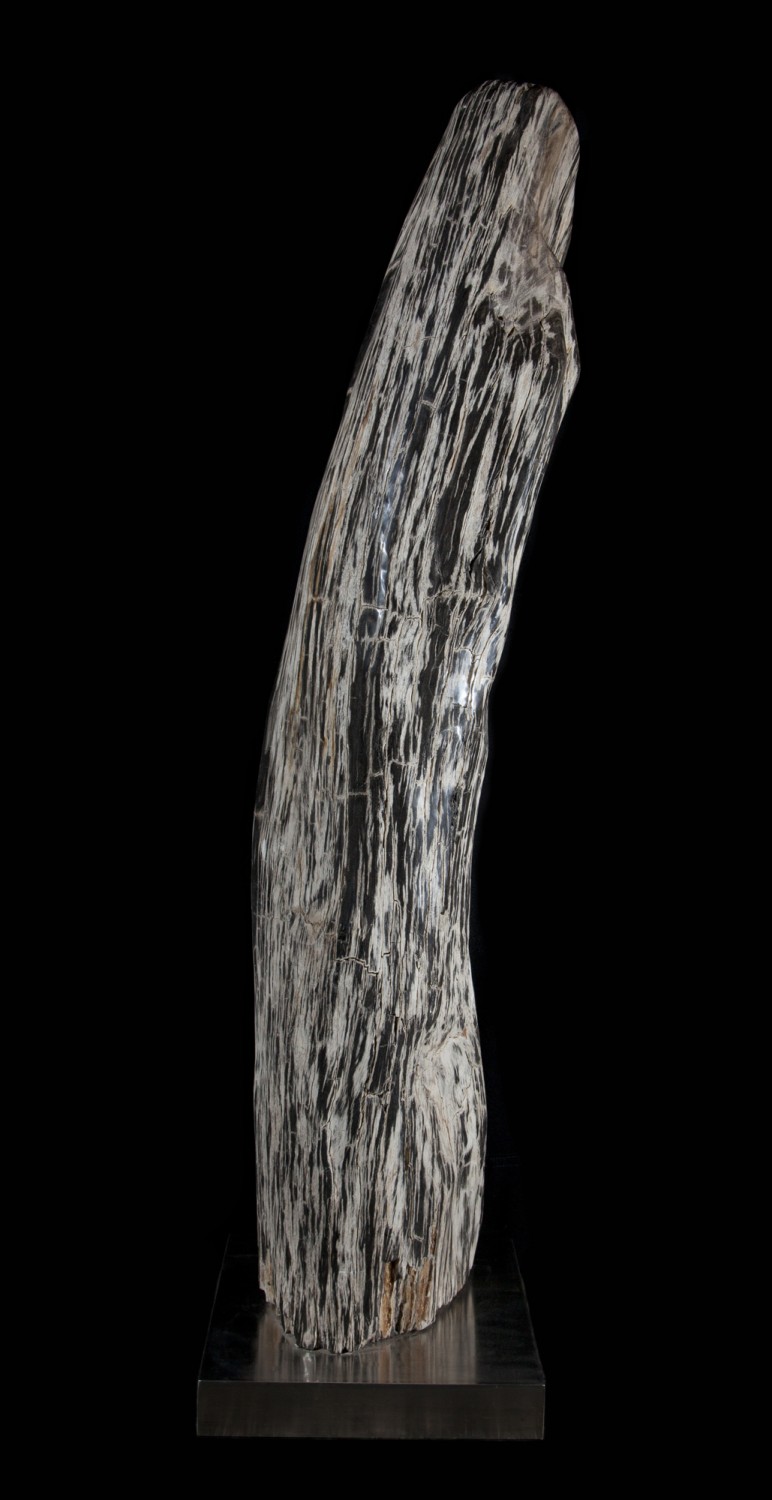 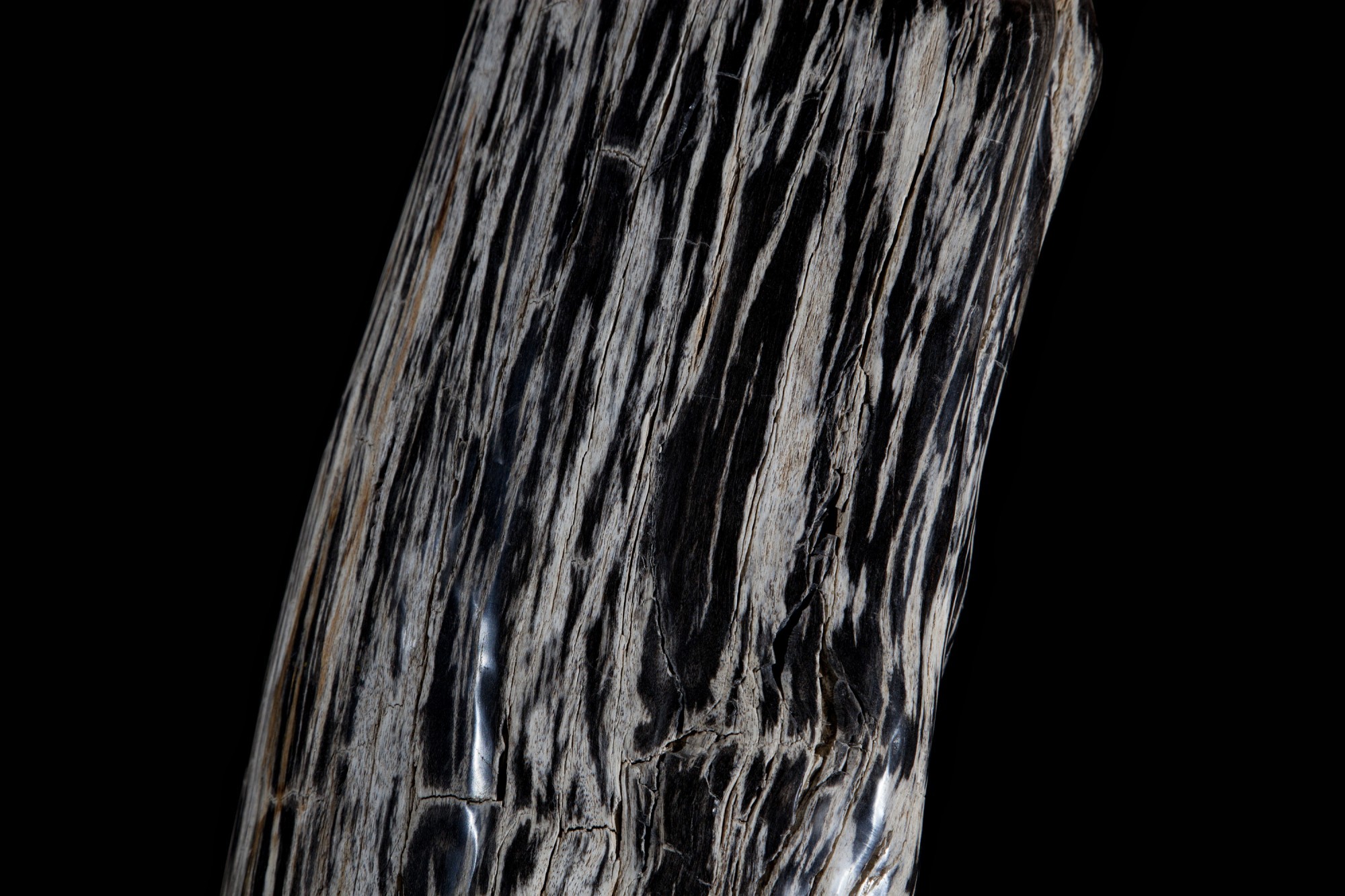