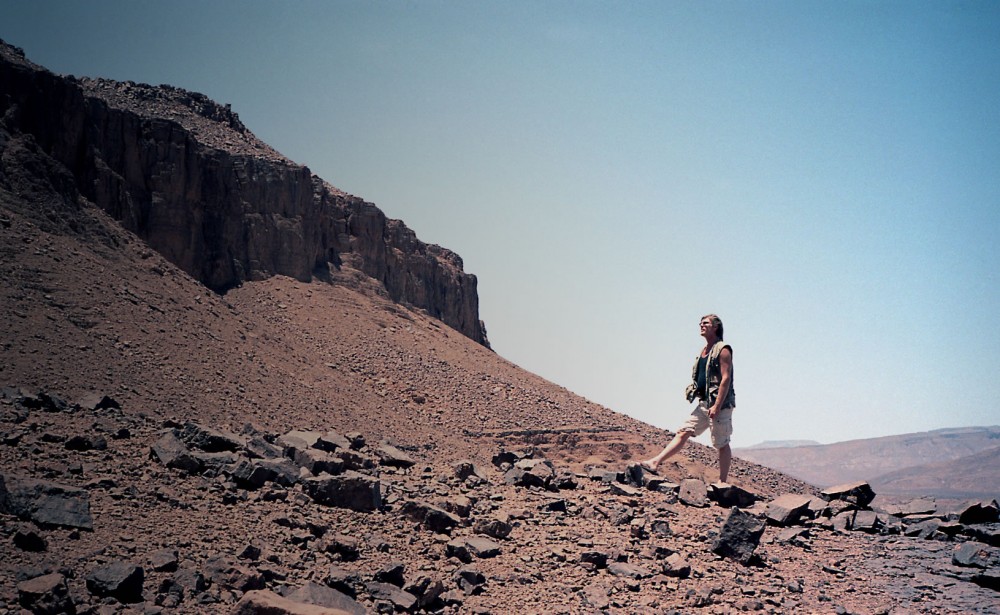 It was in the mid 1980s when travelling through Morocco that Dale Rogers found his vocation. He was exploring the local markets of Tangier when he suddenly noticed a small striking black & white stones that looked like fragments of shells. He later found out the stones were at least 350 million years old and contained fossils of prehistoric sea creatures…it was a light-bulb moment and the fossil hunter was born.

The next year or so was spent travelling between The Atlas Mountains of Morocco and London as Dale sourced and exported the fossil marble in large scale with London’s chic interior designers in mind. Starting with a modest stall in London’s famous Portobello Road, Dale Rogers Ammonite has exhibited across the globe from the UK and USA to Japan and Dubai.  He now has an established gallery in London’s design hub – Pimlico Road and a spectacular warehouse in North West London.  He has amassed a huge collection of geological wonders that has taken years to accumulate, travelling the globe throughout to bring some of the finest pieces available in the world today.